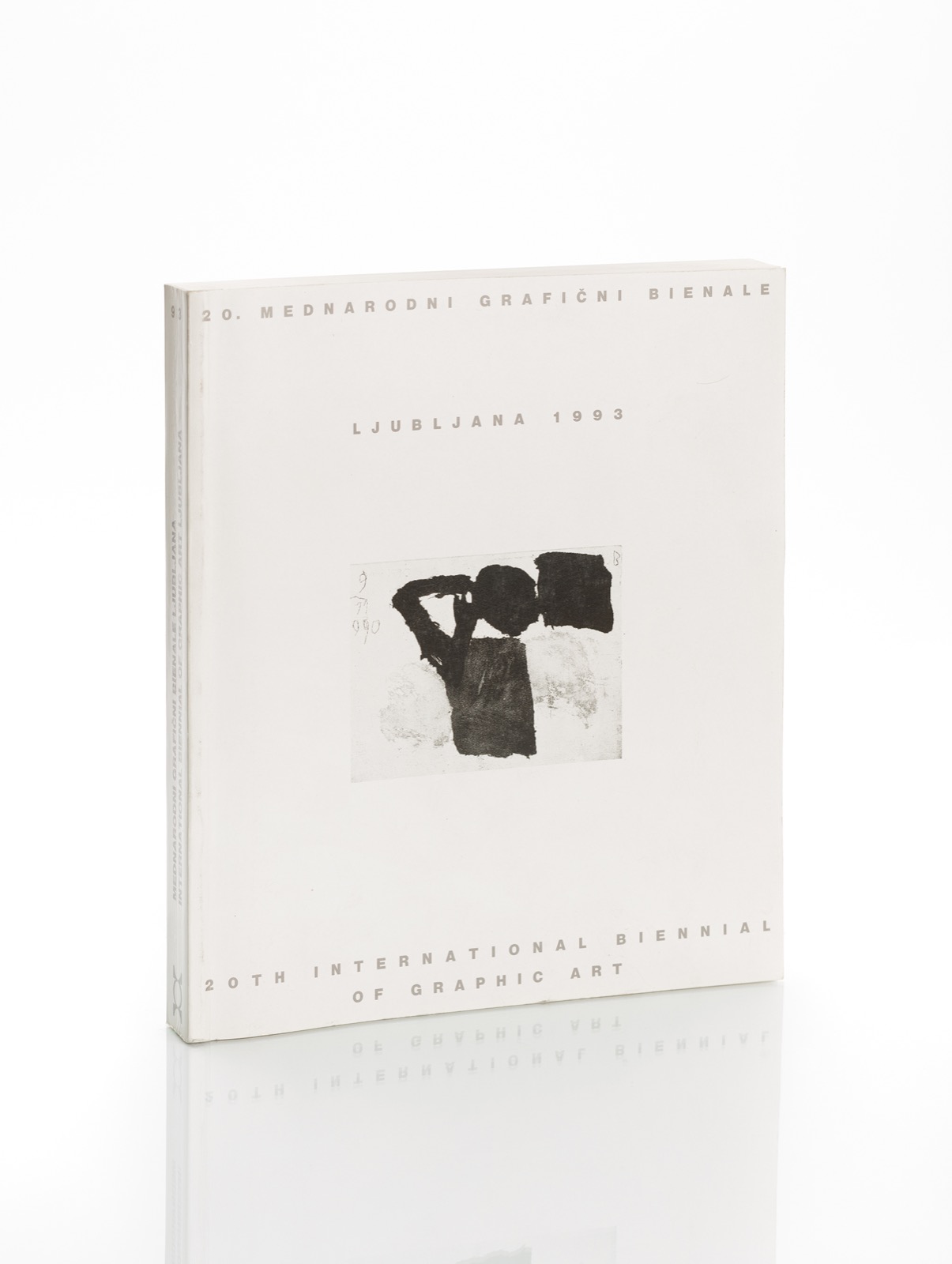 Upon its 20th edition in 1993, the Biennial of Graphic Arts celebrated its 40th anniversary. To mark this occasion, the organisers mounted an exhibition of the theretofore recipients of the Grand Prize of the Ljubljana Biennial (Armin Landeck, Henri-Georges Adam, Pierre Soulages, Yozo Hamaguchi, Robert Rauschenberg, Victor Vasarely, Antoni Tàpies, Janez Bernik, Kosuke Kimura, Miroslav Šutej, Akira Matsumoto, Tetsuya Noda, Adriena Šimotová, Jiří Anderle, Susan Rothenberg, Dan Allison, Haydeé Landing, David Salle) and an exhibition of Eduardo Paolozzi, the recipient of the 1983 Grand Prize. The catalogue includes the accompanying texts and texts by individual national selectors of the main exhibition. The catalogue also brings a few interesting memorial texts by artists, international jury members and other collaborators of the Biennial from all over the world, texts on the significance and the role that the Biennial had obtained in the field of graphic arts in its forty-year existence.

The catalogue is lavishly illustrated in black and white and includes a few colour reproductions of the exhibited works. On the cover is a reproduction of a work by Janez Bernik. The catalogue was designed by Peter Skalar and typographically edited by Srečko Mrak.