The 29th Biennial of Graphic Arts 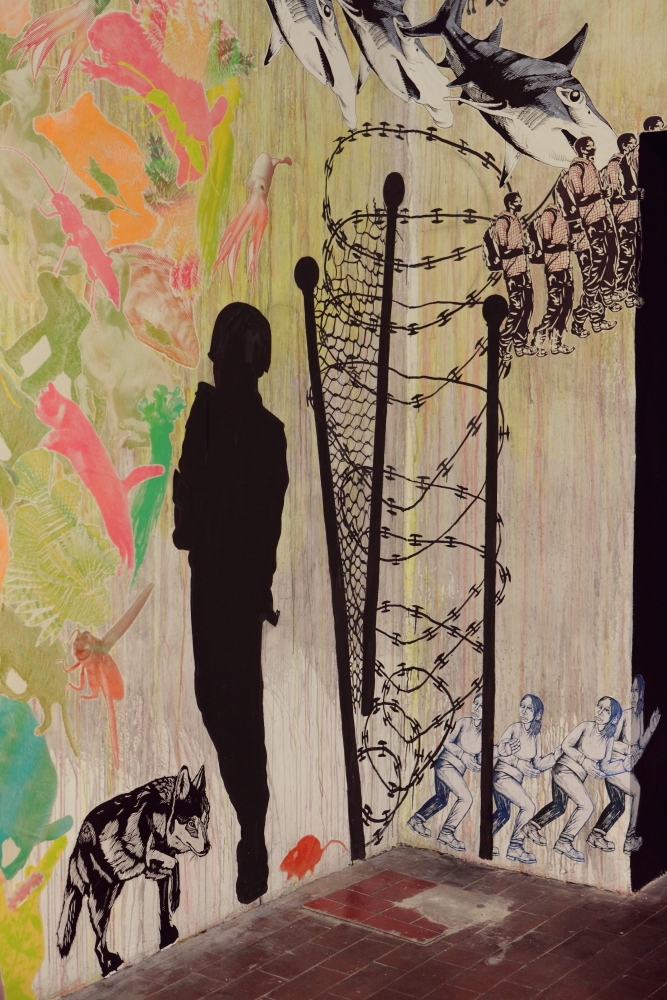 Justseeds, Refuge (2011), 29th Biennial of Graphic Arts, Ljubljana, 2011, installation view of the exhibition of the Prize Winner at Alkatraz Gallery.

“This work, entitled Refuge, will focus on themes of migration and displacement. We will create an absorbing environment of images and structures bearing on the movement of people, creatures, goods, and ideas within our globalized system of exchange and communication. The heart of the work will be migrations resulting from war or economic necessity, and displacements resulting from exploitation and environmental despoliation: we will dissect a global system built on cheap resources and cheap labour, and illustrate attempts by individuals, societies, ideas, and ecological unions to break out of that system’s constraints. We will use graphic and colourful techniques of printing and reiterative layering to create narratives, seeking to parse the goals and motivations of those involved. We want to draw attention to the cracks that exist within an otherwise precisely machined system of regulation and enforcement, and what is able to slip through those cracks. The work will include kiosks distributing maps of the landscapes involved, and hidden within the narratives will be nests, places of refuge, where those in flux, whether humans, animals, or ideas, have taken rest.” (Justseeds for the Catalogue of the 29th Biennial of Graphic Arts)