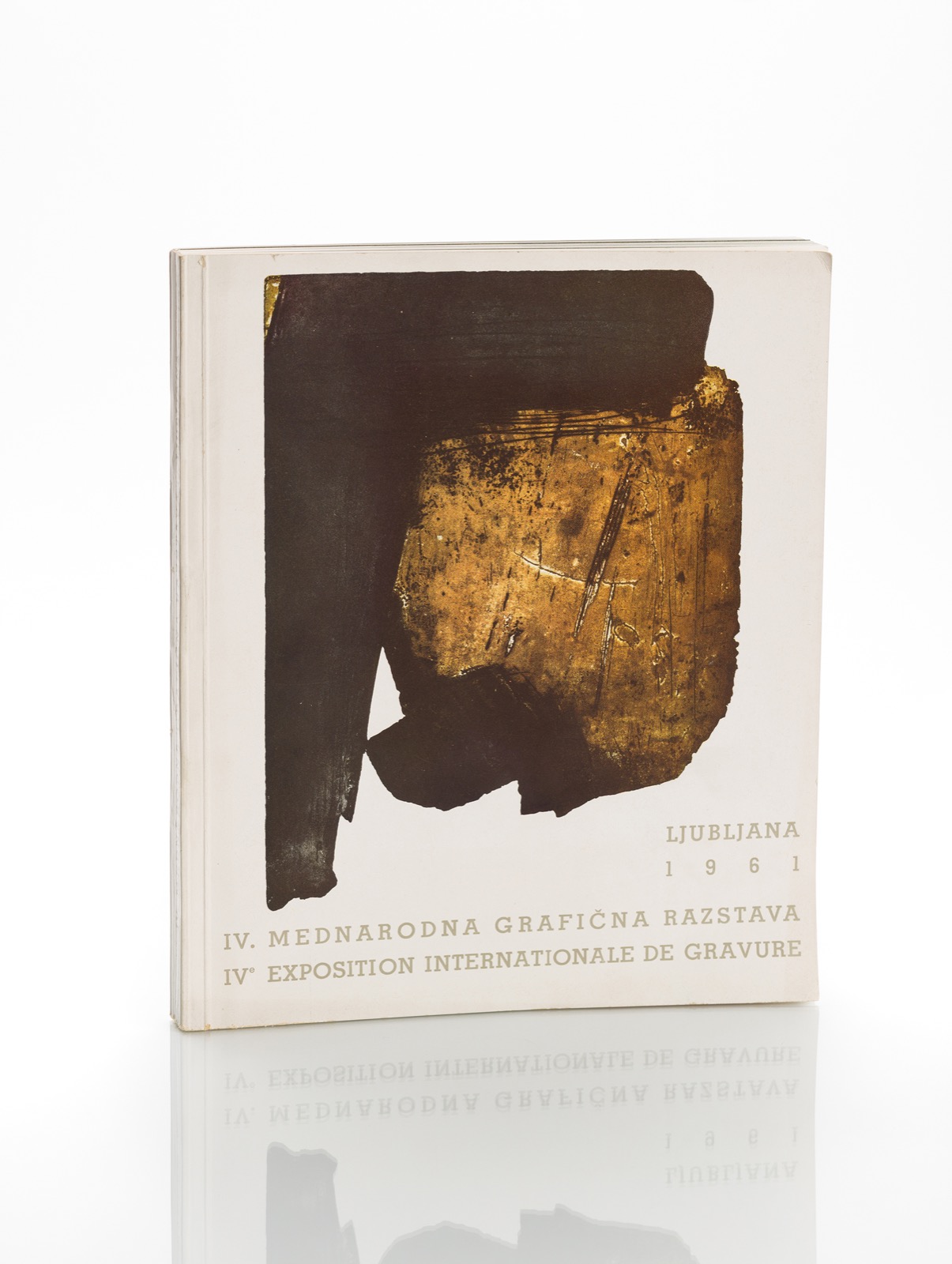 The catalogue of the 4th International Exhibition of Graphic Arts, which was on view at the Museum of Modern Art and included works by 332 artists from 30 countries and a special group of the Paris school. The works were evaluated by an eight-member international jury. The exhibition was organised under the patronage of the President of the Federal People’s Republic of Yugoslavia Josip Broz Tito.

The personal retrospectives of the first three award-winners of the previous edition (Pierre Soulages, Lojze Spacal, Ceri Richards) were mounted and the accompanying texts published in the catalogue.

The catalogue is lavishly illustrated in black and white and includes a few colour reproductions of the exhibited works. On the cover is a reproduction of Pierre Soulages’s Etching no. 14 from 1961.

Organising committee for the International Exhibition of Graphic Arts