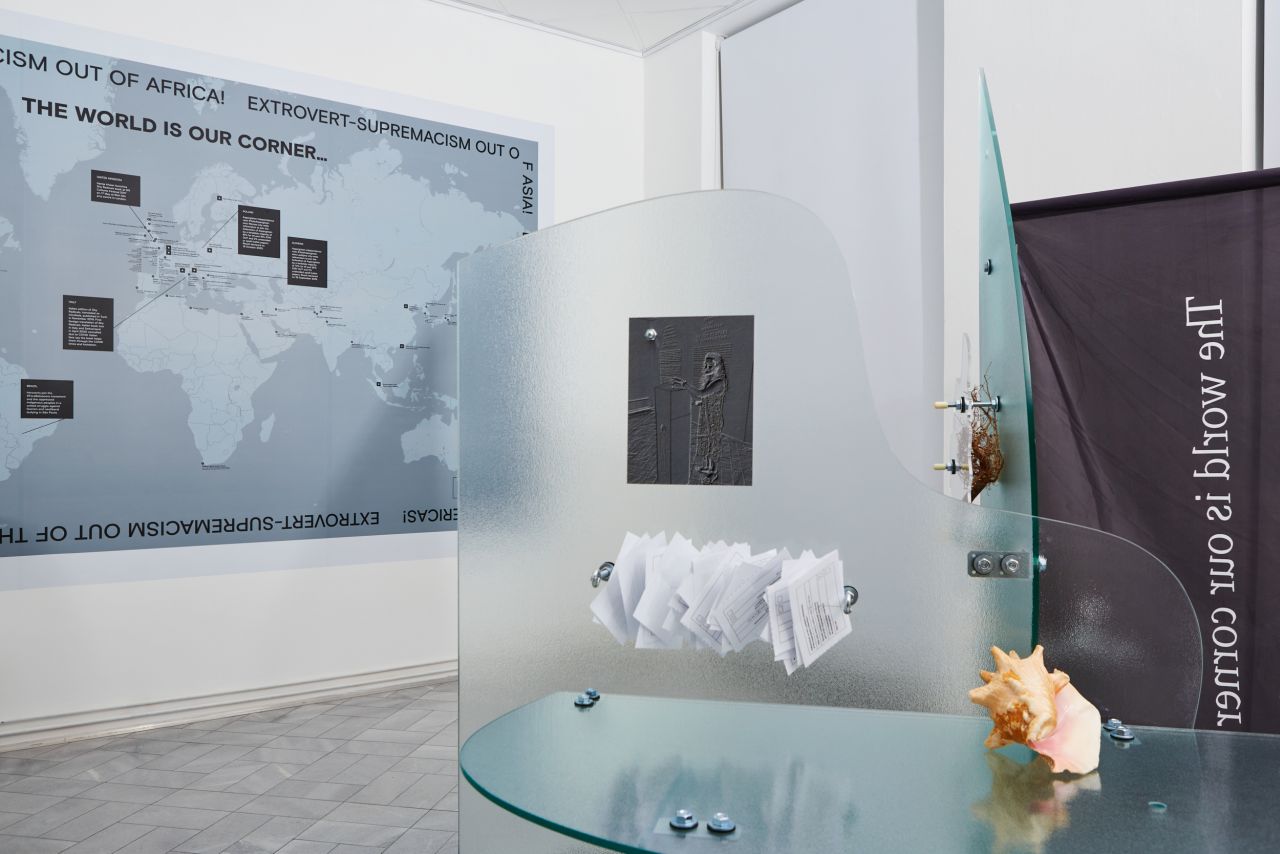 In 2019, Hamja Ahsan received the Grand Prize of the 33rd Ljubljana Biennial of Graphic Arts for his work Aspergistan Referendum. Aspergistan Referendum, which took place in Ljubljana, asked residents to vote to join the imaginary state of shy, introverted and autistic people. 72 percent of the voters decided to join.

The exhibition I DON’T BELONG HERE toys with the positive outcome of the referendum at that time and shows the history of this activist movement against the dominance of the extroverts. It ironically addresses the repressive aspects of the state apparatus, the enforced polarisation of society and the relevance of individual initiative to bring about the necessary radical changes in the community.

Hamja Ahsan is an artist, activist and curator, who lives and works in London and Maastricht. He is the author of the book Shy Radicals: The Antisystemic Politics of the Militant Introvert and co-founder of the DIY Cultures festival of creative activism, fanzines and independent publishing.

“Visitors to the 2021 edition of the Biennale have the opportunity to learn about the beginnings and developments of the Shy Radicals project. As with many other zealous revolutionary movements, the history of the project could lead to misinterpretation if treated too superficially or limited to its subversiveness and utopianism. As radical rebels against the dominance of extroversion, a culture of hypersociality and violent positivity, the members of the movement founded by Hamja Ahsan are fighting to break the now timeless dynamic of neoliberalism, which systematically banishes difference and thus seeks to silence any action that might trigger a sudden change.” (Curator Yasmín Martín Vodopivec)

GUIDED TOURS WITH THE CURATOR