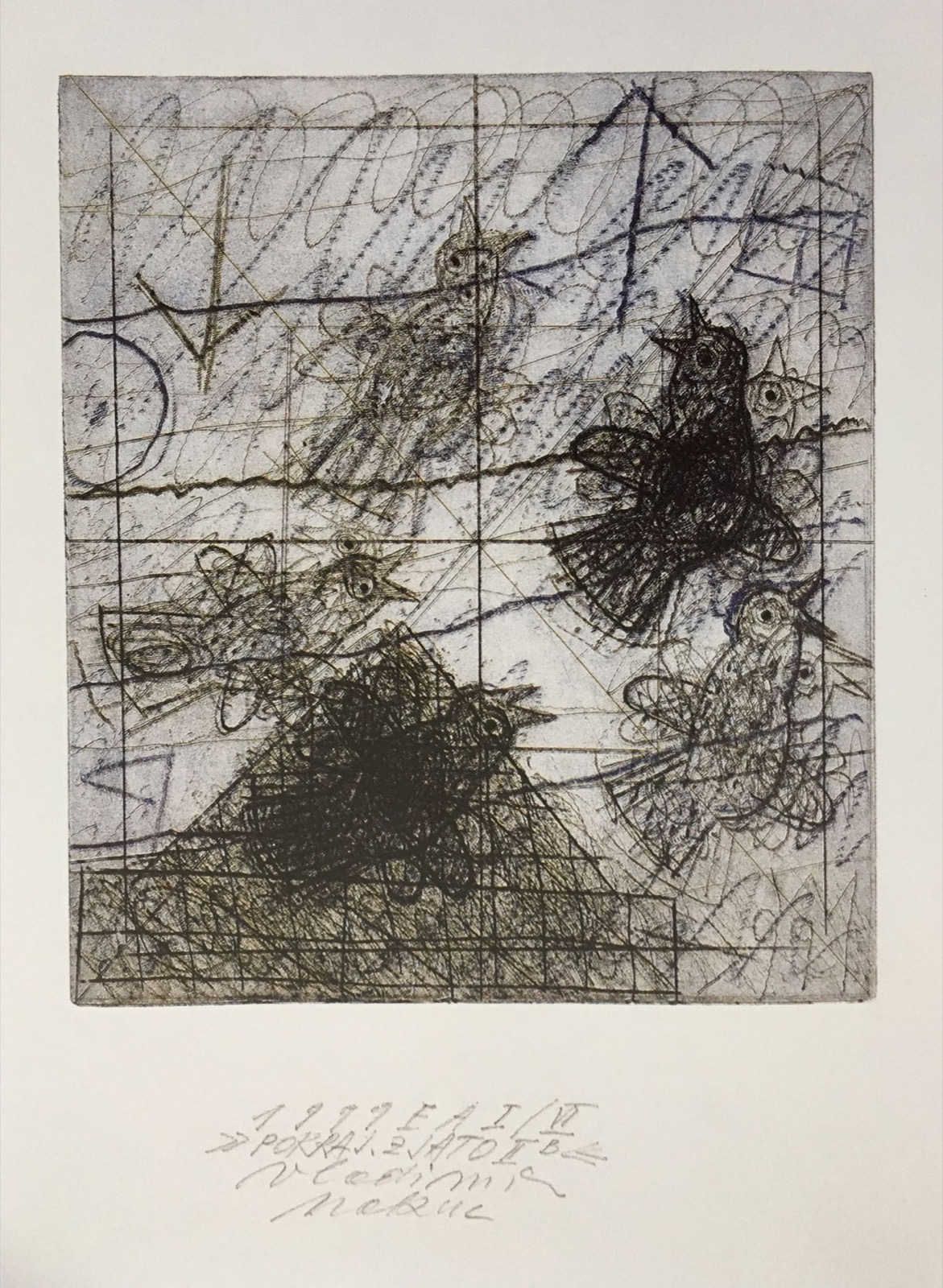 The exhibition included sixteen prints made between 1992 and 1999. Vladimir Makuc is a distinct representative of the Ljubljana school of graphic arts. At first, he was inspired by the shapes found in karstic and littoral worlds and the life of the people living in those harsh landscapes, which he represented in a lyrical way. Later, his landscapes became populated by objects of inanimate and constructed nature that functioned as witnesses of human intervention in space. The Mediterranean motifs of hakes, oxen and worn-out Karst women are joined by the bird motif. In the prints made after 1990, the images of flying birds are caught in a number of wires that limit their freedom. Did the artist see human fate beyond technological progress? Makuc was a master of drawing, which is the basis of his colour drypoint prints.