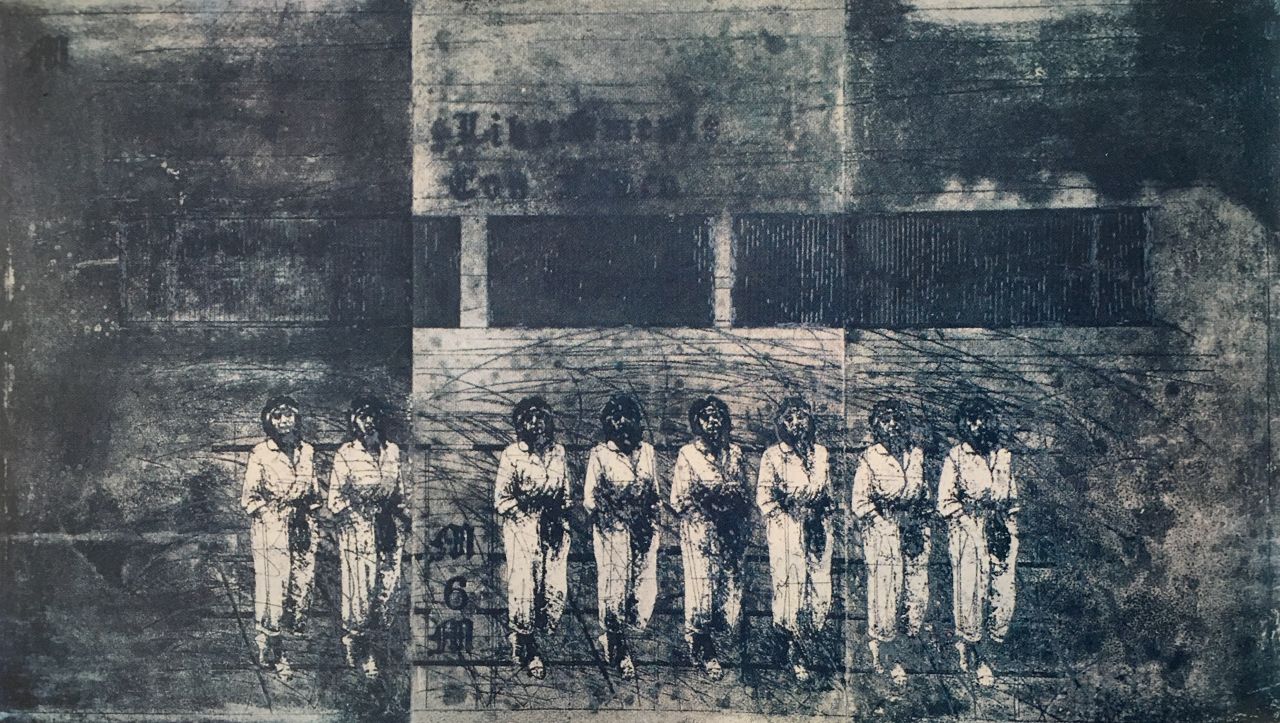 The exhibition included fifteen etchings and aquatints. Tetsuo Yamashita named most of his etchings and aquatints Travel. He usually printed only on gampi, a special kind of Japanese paper (made from and named after a group of shrubs that grow only in the warm mountainous areas of Japan). In his Travel cycle, he placed monochrome human figures in front of a structured background. The figures are never clear, they emphasise the passing of time and represent the artist’s thoughts about the existence of contemporary humans. At the time he received an award at the 20th International Biennial of Graphic Arts, Yamashita was one of the most promising Japanese graphic artists.