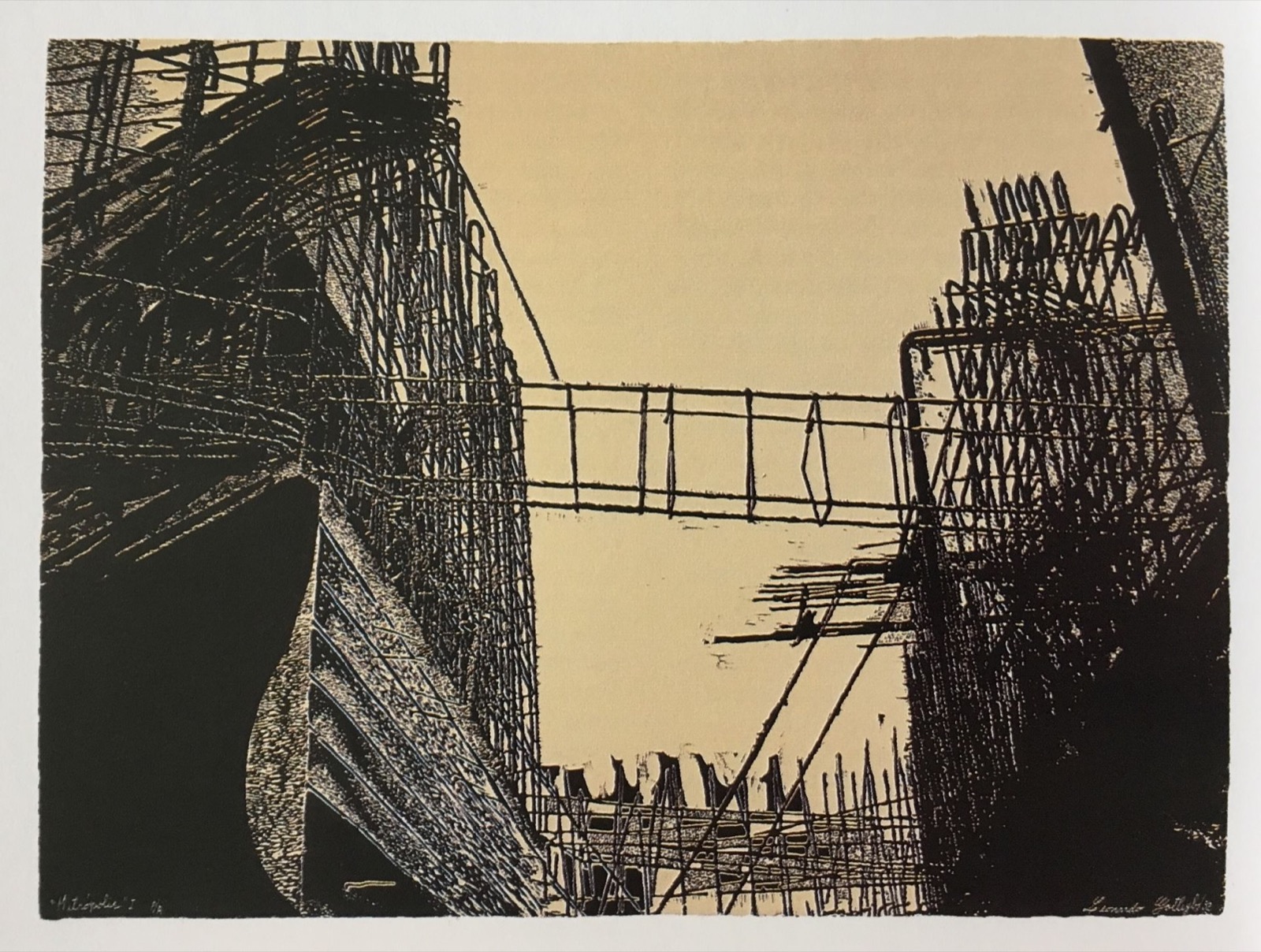 The exhibition included fifteen prints made between 1992 and 1998. The black-and-white woodcuts by Argentinean artist Leonardo Gotleyb explore the feelings of contemporary humans reflected in the motifs of the urban landscape of contemporary Buenos Aires, a prepotent metropolis, in which Gotleyb sees a symbol of the present and the future. His prints are populated by images of rusty ironwork, which, bent and twisted, supports trams that protrude from the concrete of abandoned buildings. His urban landscapes built by humans for their needs are dying and unexpectedly function as traps.