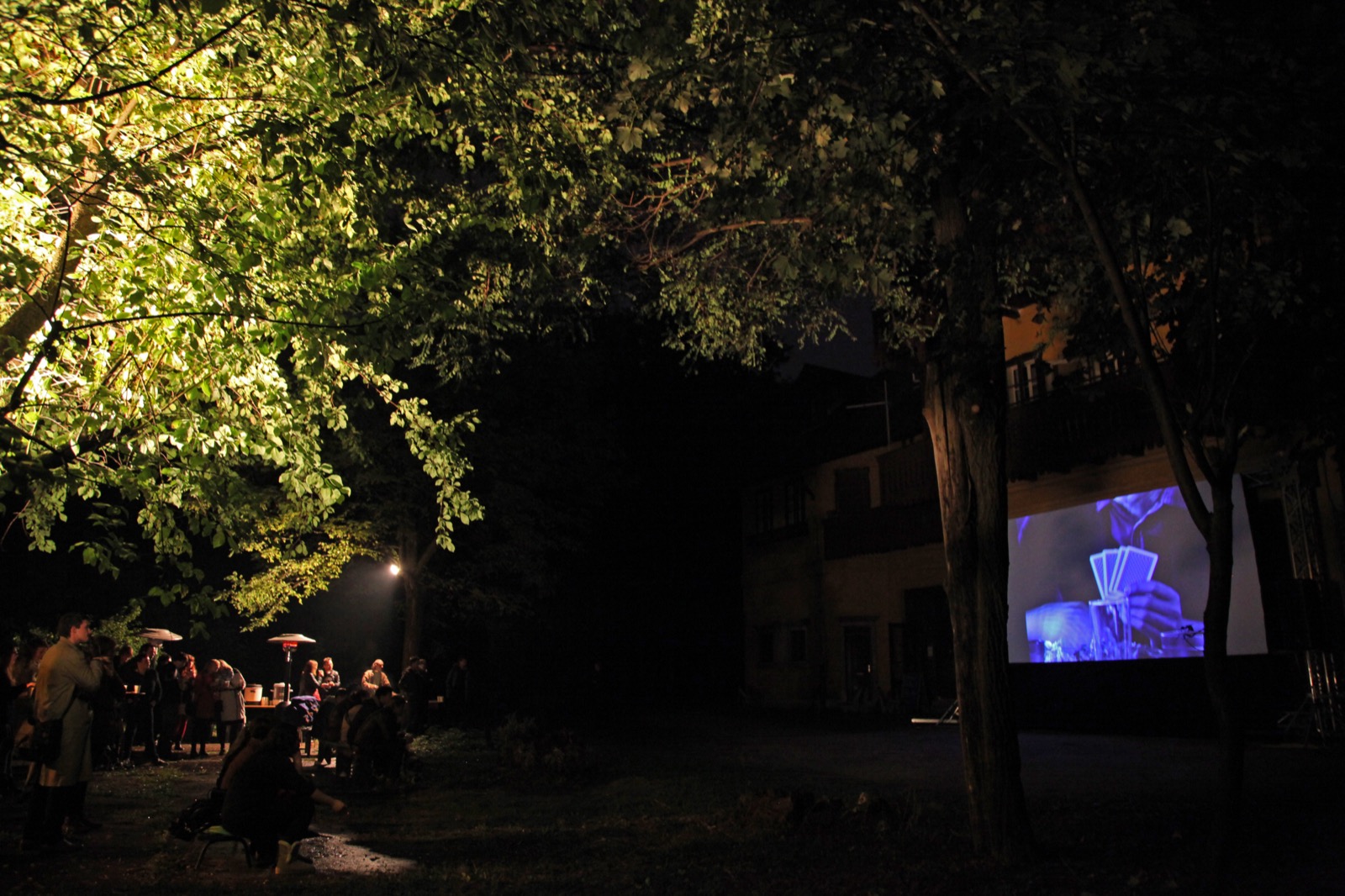 Presentations of projects and film projections:

24. 9. 2013, temporary exhibition site at Vošnjakova 4, Ljubljana
Petra Bauer & Marius Dybwad Brandrud, Choreography for the Giants, screening of the film and presentation of the publication. An original artist’s view of Mechelen Ommegang, a special event – a procession that takes place only every twenty-five years in the Belgian city of Mechelen.